this is pretty cool news not to mention yet another reason why i have been feeling the love for austria in more ways than one of late. L.A-based artist raymond pettibon will be the 2010 recipient of the oskar kokoschka prize marked by an official ceremony at the university for applied arts in vienna on March 1st. the prize has been awarded to an outstanding contemporary artist (every two years) by the austrian government since 1981 and is austria’s highest-endowed prize for visual art. below, pettibon exemplifies why he is the man of the moment via ‘no title (lived, loved, wasted,) 1998’, and also, a snapshot of pettibon (left) with socal mates tony alva and katy rodriguez snapped in 2007, just a few weeks after i arrived in los angeles. 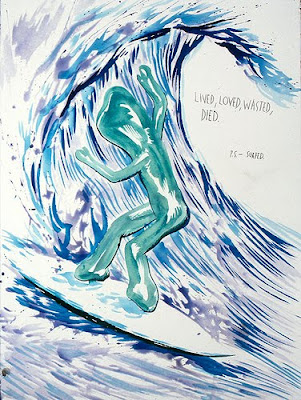 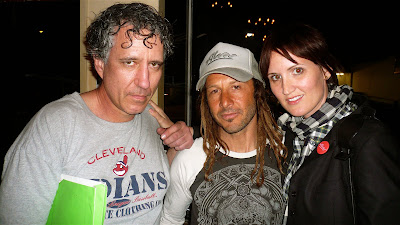