a lolita-esque parisian cliché crossed with josh assael and his number one companion in LA, bubsy. 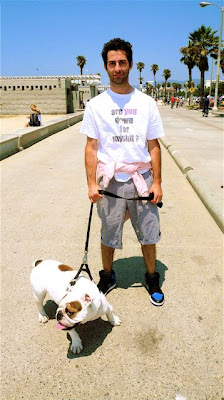 osamu is the product of a japanese father and a jewish mother. talk about good breeding! professional party guy around LA, part-time deejay, sometime model and all-out wisecracking gangster. 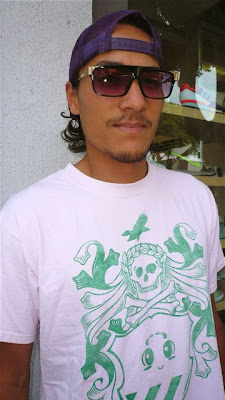 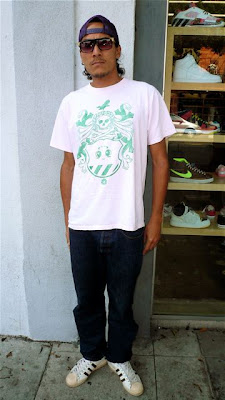 persian lady of la brea aka maral was born in iran but today resides in LA. she divides her time between charming clientele under zoe’s supervision at famed vintage boutique golyster and studying pattern-making. 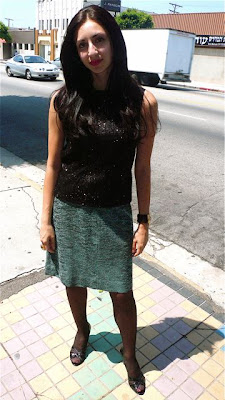 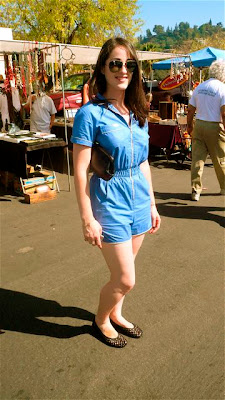 its all about covering up really, isn’t it? the only similarity between the two, a brown felt hat. first up, a young lady spotted at the rosebowl flea markets (featured on style.com earlier this month). and bottom, parisian icon of all things “major and official” stylist catherine baba shows us to work it frenchie-style. 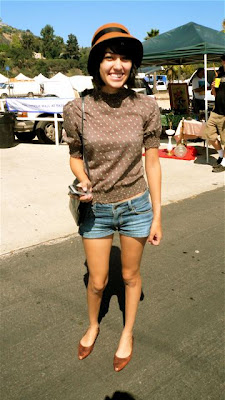 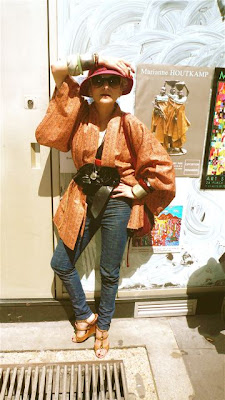 because teaming your shirt color with a headscarf of the same shade is totally chic. particularly when teamed with a cane. its all very fellini-esque this look in los angeles that older women sport so well. its borderline “juliet of the spirits.” watch the video below to see what i mean… 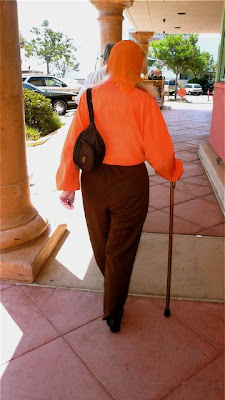 Juliet of the Spirits 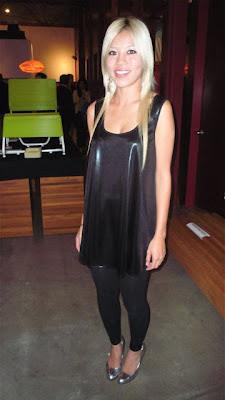 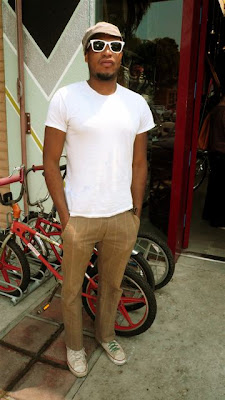 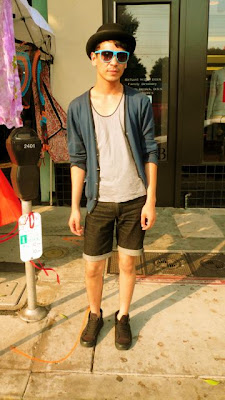 be careful what you wish for, you might just get it.
years ago when i was in new york city i visited the famous dakota building where they shot rosemary’s baby. i was well into polanski films, but maybe even moreso now that i think about it, this was around the time i started watching and really appreciating all the films of john cassavetes. several days before i had seen this really incredible film called “minnie & moskowitz” with gena rowlands and seymour cassel (see video below). on my last day in new york, i passed a man who i swore was seymour cassel. he had the moustache and everything. but when i called “hey seymour” on the street, the stranger didn’t respond.
fast forward several years, here i am in la and who do i pass in santa monica last week-end? the man himself, seymour cassel. 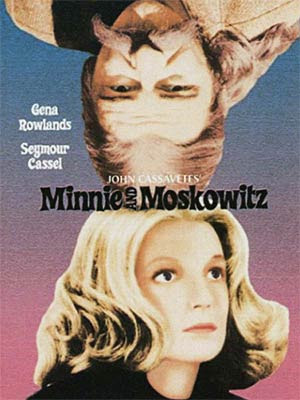 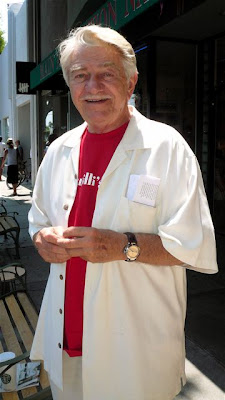 if you want to talk classic beauty in cinema then lets discuss italian 50’s and 60’s. when i spotted this young girl
several weeks ago in santa monica i nearly tripped over as her look immediately reminded me of claudia cardinale back in the day. and to top it off when she accepted to have her photo taken she even spoke with an accent. call me crazy, but if i didn’t know better i’d say claudia cardinale’s got herself a doppelganger roaming the street’s of los angeles. check out their similarities… 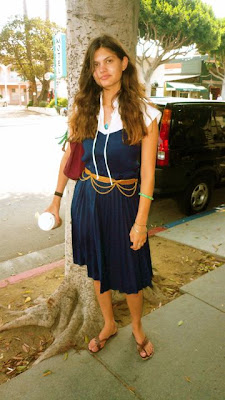